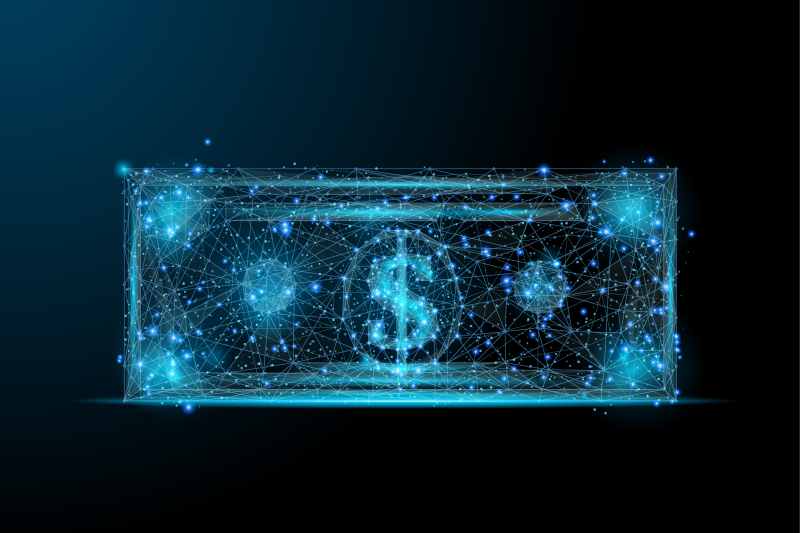 CBDCs introduce a government-backed digital currency based on blockchain technology

The future of finance is digital currency. What will that look like? Imagine a world where fractured institutional systems are no longer the primary method for moving money. Instead, everyone has a wallet on their mobile device that can instantly transfer funds. No more waiting for payment, transfers, or asset settlement times.

This future is already a partial reality today, and it’s made possible by Prime Trust’s financial infrastructure that supports instantaneous settlement of digital assets (read more about T+0 settlement here). At a national level, government bodies are studying what a central bank digital currency (CBDC) based on blockchain technology could look like for the U.S.

What is a CBDC?

CBDCs aren’t new, but they are quickly gaining the interest of politicians and regulators in the United States. Inspired by the security and inclusivity of cryptocurrencies like bitcoin, CBDCs are digital currencies backed by the government as legal tender. Unlike bitcoin, they are centralized and would be issued by the Federal Reserve. Also referred to as a ‘U.S. digital dollar,’ a CBDC would not be deemed a cryptocurrency, which is decentralized with no single source of authority.

Just last week, Federal Reserve Chairman Jerome Powell told the House Committee on Financial Services at a congressional hearing that the Fed would ‘engage with the public’ about a U.S. digital dollar this year. He also classified it as a high priority project.

Even though this digital asset would be centralized, a U.S. digital dollar could have a democratizing impact on the financial system in the U.S. The Economist explains CBDCs by noting that, “for central banks, digital cash offers a safer, faster and more flexible alternative to notes and coins.” Ensuring that all Americans have access to a financial system is a challenge that has only gained more attention as the wealth gap has increased. Creating a system for easier deliverance of government money is a significant use case for a U.S. digital dollar.

In a February 23rd New York Times article, Andrew Ross Sorkin quotes Treasury Secretary Janet Yellen as saying, “it makes sense for central banks to be looking at it,” she said. “We do have a problem with financial inclusion. Too many Americans really don’t have access to easy payment systems and to banking accounts, and I think this is something that a digital dollar — a central bank digital currency — could help with. I think it could result in faster, safer and cheaper payments.”

Could a U.S. CBDC impact the financial sector?

CBDCs would not rely on traditional banking rails, meaning that capital would move from the banking system into this digital currency. And while this wouldn’t replace the traditional banking system, it could pull deposits from retail banks, potentially causing a run on the banks. So the implementation of a U.S. digital dollar must be thoughtful. Cryptocurrencies such as bitcoin have been the target of this same argument: that too much capital invested in crypto assets could pull resources from the financial system. But this hasn’t proven to be a serious concern as crypto assets are still very speculative and adoption is relatively low in contrast to adoption of government-backed assets.

In the same New York Times article, Yellen also noted these potential concerns that a CBDC brings up: “What would be the impact on the banking system? Would it cause a huge movement of deposits out of banks and into the Fed? Would the Fed deal with retail customers or try to do this at a wholesale level? Are there financial stability concerns? How would we manage money laundering and illicit finance issues? There’s a lot to consider here, but it’s absolutely worth looking at.”

Powell has echoed these concerns, pointing to the importance of “caution and risk to the stability of the U.S. financial system.”

From a global perspective, integrating state-backed CBDCs into the financial ecosystem and facilitating trading across national borders would present challenges. Compliance and AML would become major concerns as people transact outside of centralized financial institutions.

The state of CBDCs today

CBDCs were first introduced in 2016, while other versions of state issued digital currencies that are not based on blockchain technology have been previously introduced.

Together with the Federal Reserve, the central banks of Europe, Canada, England, Japan, Switzerland, Sweden, and the Bank for International Settlements recently published a report on the foundational principles and core features of CBDCs. The focus of the group is to promote international cooperation and “support efficient and low-cost cross-border payments,” said Bank of Canada Governor Tiff Macklem.

Last summer the Office of the Comptroller of the Currency (OCC) gave the nod for federal chartered banks and thrifts to custody blockchain-based assets. But at this stage, a U.S. CBDC appears to be at the very early stages.

Meanwhile, other nations have already introduced a digital dollar.

In China, the PBoC has begun to roll out their blockchain-based CBDC, a digital yuan, which is being piloted in four regions across the country. Cointelegraph says, “the Xiong’an branch of the Agricultural Bank of China in Hebei has produced the first hardware wallet designed for the digital yuan. They note that “the digital yuan wallet also features payments without the use of mobile phones.”

The East Carribean Central Bank has introduced a CBDC and begun to execute transactions for the ‘DCash'' digital currency. According to Coindesk, the first transaction took place in a supermarket in Grenada on February 12th, 2021.

The Central Bank of Bahamas have also put their version of a CBDC, the “Sand Dollar,” into circulation.

With more than 80% of global central banks seriously looking at CBDCs, according to The Economist, it’s not if, but when, a CBDC will become a common legal tender in the US.

How banks and fintech companies can support a CBDC

Fintech companies are starting to look at how they could support a CBDC. During a recent investor call, PayPal CEO Dan Schulman said that he wants PayPal wallets to be “the digital wallets for global CBDCs.”

Financial institutions who want to operate with a digital dollar will need to consider custody, compliance, and payment rails solutions for digital assets. Advantages will be had by those companies who are planning for what that support looks like now.

Get in touch with us to learn more about catering to digital assets and how your bank can support a CBDC.