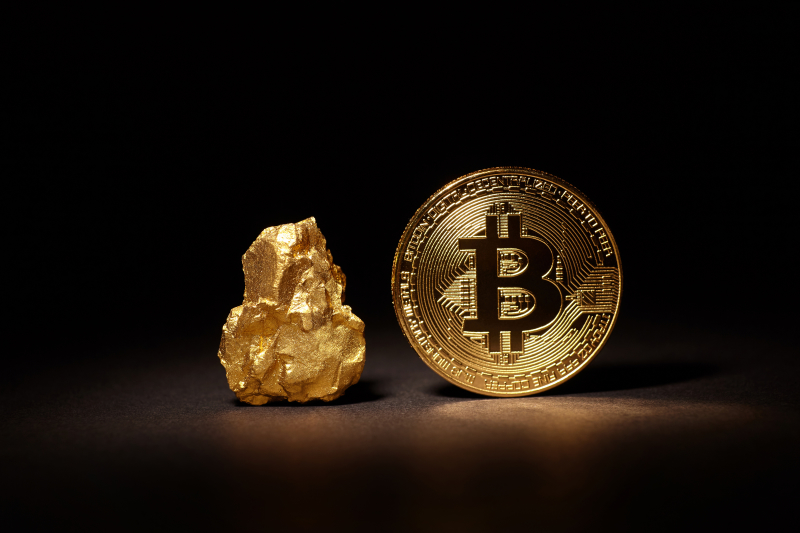 What is the Stock-to-Flow Ratio and How Does It Compare Bitcoin to Gold?

Like gold, bitcoin is a scarce asset -- but Bitcoin’s supply is truly finite. The S2F model provides a link to measure bitcoin’s scarcity in comparison to gold.

The stock-to-flow model has been gaining in popularity as investors and corporations look to Bitcoin as a store of value -- and BNY Mellon just referenced it in their latest report.

But what is stock-to-flow and how does it impact our view of Bitcoin, the top cryptocurrency by market capitalization and adoption?

What is the stock-to-flow model?

Created for Bitcoin by Twitter user PlanB (@100millionUSD), the stock-to-flow (S2F) model looks at the ratio of remaining supply of Bitcoin to determine its level of scarcity in comparison to other scarce commodities like gold and silver. Simply put, the S2F looks at the current stock of a commodity divided by flow of new production.

Digitalik.net/btc/, home of a live S2F chart, defines S2F as “a number that shows how many years, at the current production rate, are required to achieve the current stock. The higher the number, the higher the price.” The stock-to-flow indicator is based on the concept that scarcity has value.

The Bitcoin halving is a mechanism for managing adjustments in the Bitcoin supply by reducing it 50% every four years, or every 210,000 mined blocks. These halving events contribute to the cryptocurrency’s value, making it an integral part of Bitcoin’s economic design. As the supply of Bitcoin decreases, its scarcity and S2F ratio increases.

The halvings are predetermined, having been hard coded into the Bitcoin protocol. This means they take place automatically, and can be used to help understand potential future pricing based on the rate of increased scarcity. The next halving takes place on April 18th, 2024, or when 162,945 blocks are mined on the Bitcoin blockchain, according to the Clark Moody Bitcoin dashboard. At that time, the block reward that miners will receive for extracting Bitcoins from the code will be cut in half from 6.26 BTC to 3.125 BTC.

On the recent episode of the Building Blocks podcast, CEO Tom Pageler explained, “if you look at the stock-to-flow model, gold is the top one, but Bitcoin is going to surpass it soon. Looking at [gold today], it takes 60 years to replenish the whole stock of gold. So, we know that gold is a pretty stable asset. But what if we found a bunch of gold, suddenly it would be worth less, and it would mess with the stock-to-flow. With Bitcoin, you know the stock-to-flow, because we know the halvings -- we know it will all be mined in 2140.”

The Clark Moody dashboard also lists a realized S2F ratio for Bitcoin today of 49, up from 24 in April 2020, just before the most recent May 12th, 2020 halving. In contrast, gold has an S2F of 62. But “gold does not have a halving event though, so BTC will surpass gold in the next halving event… [making] BTC a much more scarce commodity than gold,” explained Vincent Tabora in a December 2020 article, Using S2F Ratio to Explain Bitcoin Reaching New ATH.

In BNY Mellon’s latest cryptocurrency report, Blending Art & Science: Bitcoin Valuations, the firm says that “in today’s environment, where the intrinsic value of fiat currencies is increasingly being questioned, it is important to consider the value of alternative currencies such as Bitcoin.”

Examining the value of Bitcoin, the report points to the S2F ratio as providing the “relativity to link Bitcoin with a much more established gold market/framework.”

However, the report also points out the weakness of the model: “Critics of S2F will say that supply doesn’t define price, highlighting that the price of gold has fluctuated massively in its history while its S2F has stayed near 60. They argue that the majority of gold’s movement can be explained by the purchasing power of the US dollar, and buying/selling of gold is based on inflation or currency debasement expectations.”

The Clark Moody Bitcoin dashboard puts the forward stock-to-flow ratio at 56, and lists the S2F price at $66,028.

As Anthony Pompliano recently tweeted, “it is almost like having 100% certainty on one side of a supply-demand equation could make you deadly accurate in predicting the future @100trillionUSD.”

And PlanB had this to say...