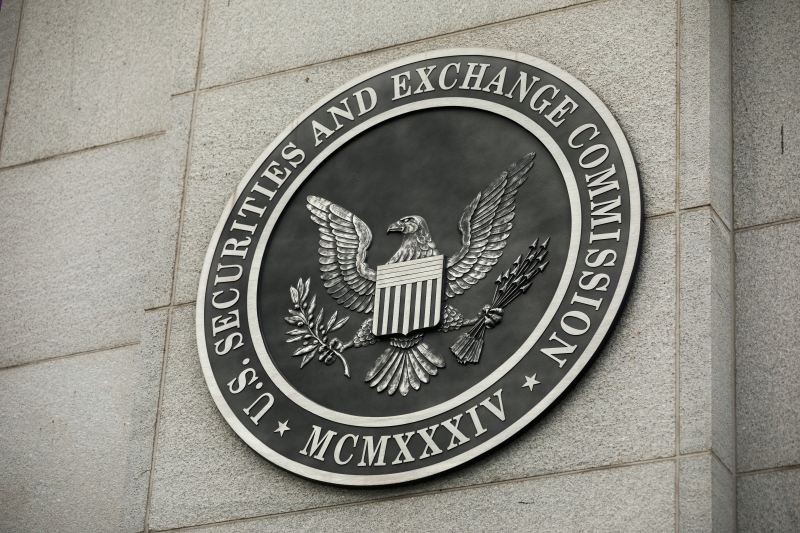 Why the New SEC Chairman Should Accept Crowdfunding Improvements

The 60-day countdown had finally begun - but now it’s faltered. We can no longer be certain that the much-anticipated amendments to crowdfunding regulation will come into effect as planned. Existing crowdfunding regulations were a huge step forward five years ago, but with burdensome restrictions and limitations, they still don’t go far enough in helping small and minority-owned businesses. Further delay of these updates and general uncertainty only increases that impact.

Since Reg A+ and Reg CF came into effect, we’ve known they needed “fixing” (more on that below). Last March, an amendment to improve Reg A+ and Reg CF was proposed under standard protocols. By November those regulatory updates were approved. Typically the changes would have been entered into the Federal Register within a few days of approval. Then, 60 days later, they would go into effect.

For an unknown reason, the Federal Register entry was delayed more than two months until January 14th. Our 60 clock gave us an effective date of March 15. But shortly after President Biden’s inauguration, a freeze was placed on all regulatory changes in the Federal Register that have not yet come into effect. While the freeze was designed for last-minute Trump administration regulations, our sought-after crowdfunding improvements have been caught up in the crossfire.

Our customers and team here at Prime Trust are hoping that the new SEC commissioner will approve the regulatory upgrade in time for a March 22 effective date. If it’s accepted by the new administration, it will be an absolute game-changer for capital formation. As the premier provider of escrow services to issuers, platforms and portals under Reg A+ and Regulation Crowdfunding, we’ve been waiting nearly five years for this.

Below, I’ve highlighted what we think are the most exciting aspects of the new deal for crowdfunding. These are the reasons our new SEC Chairman (Gary Gensler awaits senate confirmation) should move forward and truly jumpstart our small businesses and startups.

The JOBS Act levels the playing field for minority-owned businesses

Reg A+ and Reg CF are part of the Jumpstart Our Business Startups Act (JOBS Act), which was passed by Obama with bipartisan support in 2012. It was intended to create more opportunities for small businesses, especially those with founders from communities with less access to traditional investors. This is a huge deal for minority-owned businesses, which have been historically disadvantaged by restrictive investment solicitation regulations.

The most obvious change we’ll see is the expansion of capital raise maximums, from $50M to $75M under Reg A+, and from $1.07M to $5M under Reg CF. This will make each exemption more attractive and usable for larger businesses, carving out a much larger market of potential issuers.

By increasing the total amount that can be raised, the average cost of capital will be dramatically reduced. This will help ensure that the capital raised will be worth the financial, legal and marketing costs of running a strong and targeted campaign.

Individual investors will be able to invest more

Currently, yearly maximums are applied to individuals based on their personal net worth or record of annual income. Designed to protect non-accredited investors from overextending their finances on crowdfunding investments, the rule limits investment to the “lesser-of” net worth or annual income. Maddeningly, this means that many potential investors are held back from participating to their full extent. Under the new changes, a “greater-of” rule will apply, allowing the “crowd” in crowdfunding to finally reach its potential.

Goodbye to the messy cap table thanks to crowdfunding vehicles

Yes, plenty of cars, motorcycles, electric bikes and airplanes have been funded through equity crowdfunding campaigns. But that’s not what I’m talking about. “Crowdfunding Vehicles” are a highly specific variety of special purpose vehicles (SPVs) that will be permitted under Reg CF under the update. SPVs are not permitted under the original exemption rules, even though they are frequently used in traditional investment circumstances and have always been attractive to angel groups.

By creating “crowdfunding vehicles”, the regulators are laying out clear guidelines to protect investors while allowing issuers to take advantage of the benefits of SPVs. Specifically, the “messy cap table” issue gets cleared up because participants in an SPV can be listed together as one single entity. This helps issuers avoid complications later and helps keep cap tables VC-friendly for future rounds. It also contributes to making Reg CF particularly appealing for real estate investment companies, which will see significant growth if new regulations are adopted.

As previously mentioned, the original exemption rules limit how much accredited investors can invest in Reg CF campaigns. The workaround here has been to launch simultaneous Reg D 506(c) offerings in which only accredited investors can participate. So we’d have one company raising capital from two different groups, using two different exemptions and listed on separate landing pages. You can imagine how frustrating, administratively burdensome, and cost ineffective this has been.

If accredited investors aren’t limited in how much they can invest, issuers won’t have to split efforts in order to maximize investments from accredited investors. This will be much easier on the marketing teams, platforms, and portals. It doesn’t mean that companies won’t use both Reg CF and Reg D (some still will), but it will allow a more strategic approach to each one. Pulling accredited investors into Regulation CF capital raises also encourages visibility and equality for non-accredited investors, which aligns with the spirit of the regulations.

The changes would allow companies to run follow-on Reg CF campaigns after waiting only 30 days, compared with the 180 day waiting period outlined in the original exemption. This means that if a company closes a successful $1M raise at one valuation, they can set up a new raise under new terms without losing momentum. This strategy has been successful in other investment arenas but the waiting period has hampered for Reg CF issuers. I’m excited to see how this will affect raise cycles.

The new changes were not passed unanimously. Two commissioners were concerned that by improving the crowdfunding regulations, they would be helping to accelerate the advancement of private secondary markets. While I respectfully disagree that non-accredited investor access to private markets will increase wealth gaps, I do agree that the changes will spur on secondary market development.

The new Reg CF regulations pave the way for the future of capital markets to become wholly on the internet, and this is only the beginning. We’re working with dozens of alternative trading systems that will transform secondary trading of private securities. Rest assured, we’ll be monitoring the field and will continue to keep you up to date on the crowdfunding news you need to know. More to come, stay tuned.

This post was originally published on LinkedIn by Kinsey Cronin, SVP & Head of Business Development at Prime Trust on January 25th, 2021.